GARY DAVIS, RANDY WRENN, and VICTORIA AVALON of DREADNOUGHT DOMINION join us in the studio to talk about their new fan film “The More Things Change”. The group has been making films since 2009 with this being one of their most ambitious efforts yet. We chat about what makes a good music video as well as who they hope to see at the premiere night on October 6th! 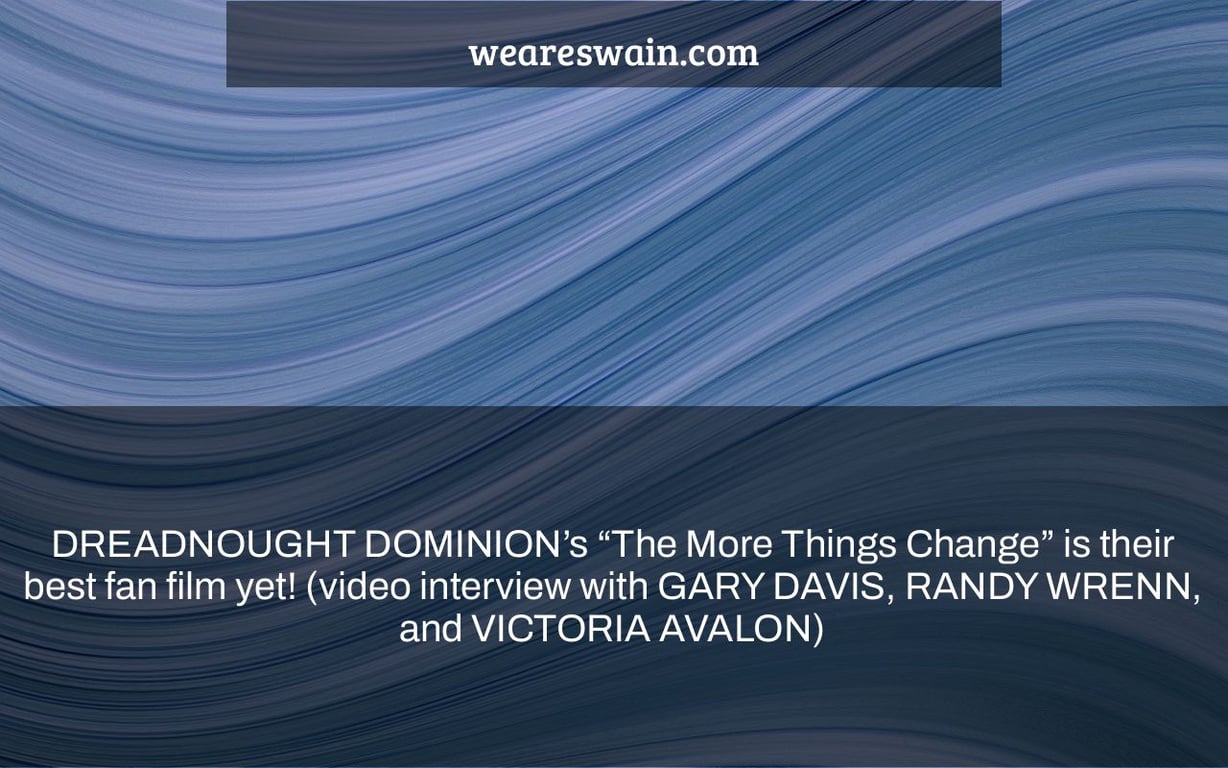 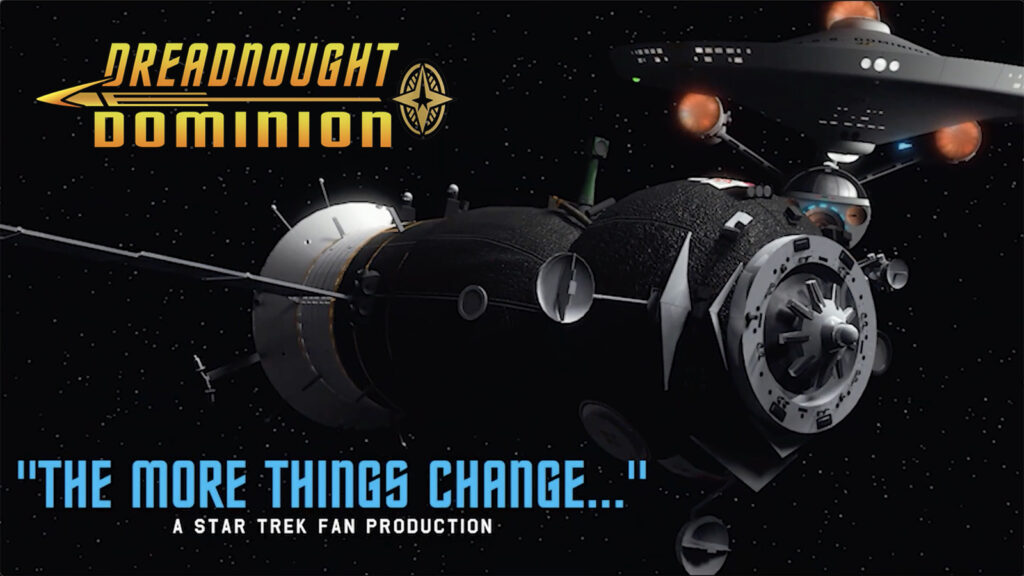 Although I didn’t get a chance to cover “The Passenger with Baggage,” their tenth fan film (not counting the three crossover/alternate universe episodes: CHAIN OF COMMAND, COMMAND AND CONQUER, and the more recent CALM, COOL, AND COLLECTED), I did speak briefly about “Passenger” in a November video interview with FRANK PARKER, JR., the original show-runner of Dreadnought Do

The last time I wrote about this fan series was during the summer, when they were successfully crowd-funding an Indiegogo campaign that collected $6,250 by selling customized Star Trek action figurines in the likenesses of supporters, among other thrilling rewards. You may learn more about it here!

That campaign helped pay for a variety of things, including the CGI for their next film, “The More Things Change,” which was released on November 6. I always get excited when a new Dominion episode airs, not only because I adore the starship design and the fact that they use the gorgeous TOS sets from NEUTRAL ZONE STUDIOS in Kingsland, GA, but also because they have fun, interesting characters and great stories, and you never know what you’re going to get with these guys!

That was especially true with their eleventh episode, which provided us with an engrossing tale, excellent VFX, and a fantastic selection of TOS background music, making it seem like a classic Star Trek episode. Dominion is still clearly a fan effort, but it’s Star Trek to me at its core. And, to be honest, I felt this was the finest episode they’d ever done! Check it out and see if you agree…

One of the aspects of this series that I appreciate the most is that actors who aren’t the captain or first officer are given opportunities to shine in episodes that spotlight their role. This was one of those episodes, where VICTORIA AVALON, who portrays Dr. Farrell, was given a lot of dramatic sequences with a lot of conversation, which allowed her to truly shine.

And, while we’re on the subject of Victoria, I’ve always loved her work on a variety of Star Trek fan series, including STARSHIP FARRAGUT (where she began her fan film career) and STARSHIP DEIMOS from POTEMKIN PICTURES (where she writes many of the episodes and stars as Captain Gabriel). I’d been wanting to interview her for a long time… I had the ideal opportunity with this release from Dominion having Dr. Farrell in such a prominent position.

I also asked showrunners GARY DAVIS and RANDY WRENN to participate in the Zoom conversation since they are both crucial to the series. So sit back and relax as we get to know these three well-known fan filmmakers…

Where To Stream Single All the Way Online? Is It On Netflix, Prime, Hulu or HBO?

Where To Stream Criminal Minds Seasons Online? Is It On Netflix, Prime, HBO or Others?