We all know that anime is huge in Japan, but what about the rest of the world? There’s a lot to love when it comes to Japanese culture.

We all have a crush on our favorite anime characters. These male anime characters are still the ones that we want to date. The list includes: Natsu from Fairy Tail, Hiccup from How To Train Your Dragon, and Light Yagami from Death Note. 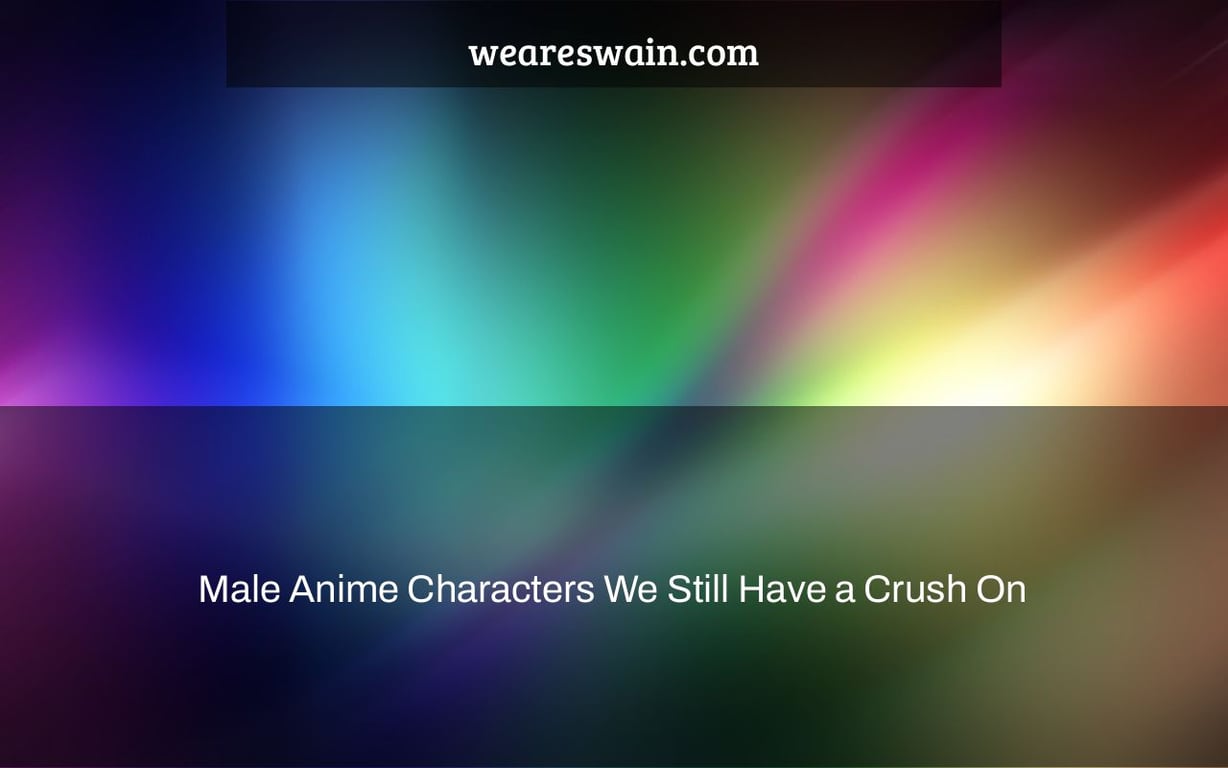 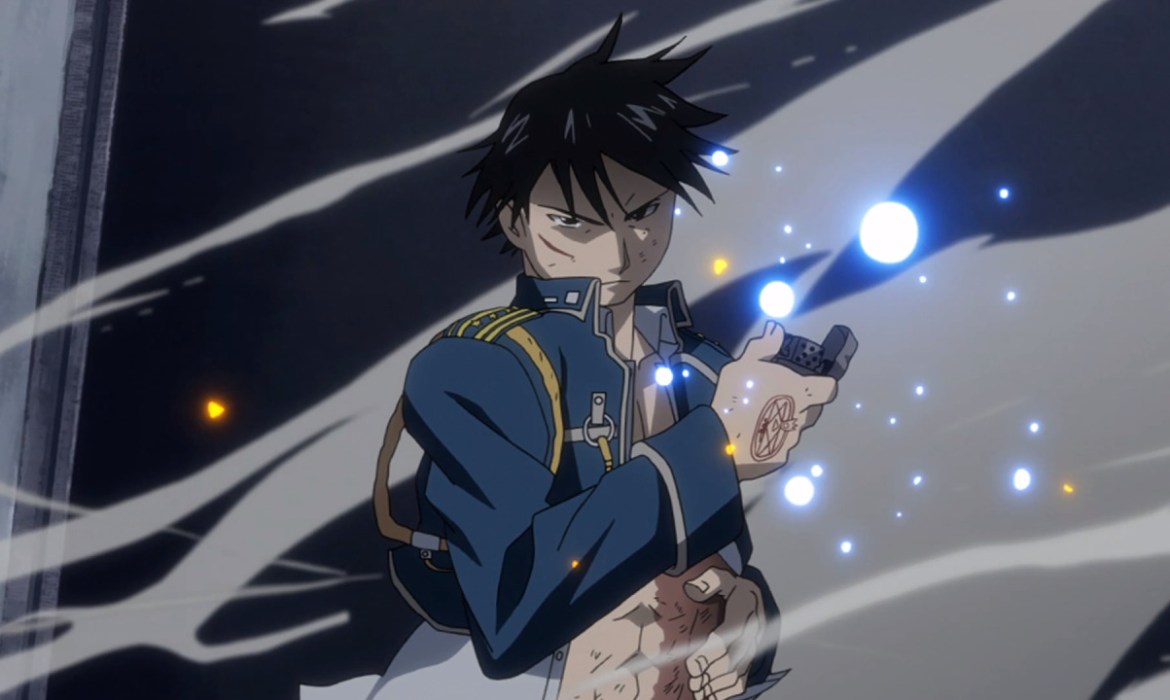 Have you ever had a crush on a character from an anime? Now, be honest, if you’ve ever seen anime, there’s no way you’ve never felt sorry for a 2D character.

Male anime characters, like their female counterparts, are virtually created to appeal to both male and female fantasies. They’re calm, collected badasses with lean, toned physiques and some of the greatest hair you’ve ever seen on a male character in any medium. It undoubtedly helps that they’re often represented with a sense of mystery, which adds to their already appealing appearance.

, often known as bishounen, is a popular theme in anime and other East Asian culture. Bishounen, which literally translates to “beautiful boy,” is a character stereotype that refers to male anime characters that have androgynous, even somewhat feminine physical traits.

This elegant, youthful ideal of male beauty has influenced industries such as K-Pop and can be traced all the way back to Murasaki Shikibu’s The Tale of Genji, where the dashing Prince Genji is described as “so beautiful that pairing him with the very finest of the ladies at the court would fail to do him justice.”

With that in mind, can you really blame someone for having a little love on these male anime characters? 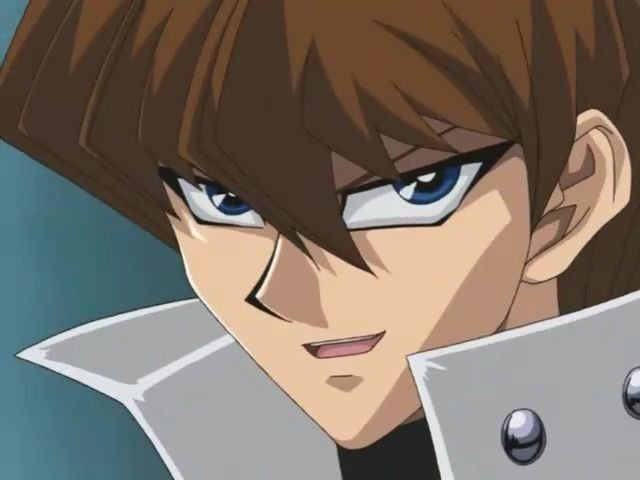 Is Seto Kaiba a conceited jerk? Absolutely. But arrogance is merely a step up from confidence, and confidence in a guy is always appealing.

Seto Kaiba is a villain in the popular anime series Yu-Gi-Oh! who is renowned for being overly theatrical while dueling with protagonist Yugi Muto. Kaiba is exactly what you’d get if you combined Tony Stark and Adam Lambert’s greatest qualities: wealth and dramatic eyeliner, and made a genetically engineered artificial kid.

This bishounen with a white coat was formerly an orphan who was subsequently adopted by the Kaiba family, who controls KaibaCorp, an international gaming corporation. Kaiba’s intelligence has aided him in becoming one of the finest duelists in the Yu-Gi-Oh! universe.

The brilliant eccentric is also responsible for a business takeover in which he succeeded his stepfather as CEO. As you can see, he’s a ruthless businessman with a colossal ego who is obsessed with defeating Yugi Muto.

Seto Kaiba doesn’t have much going for him in terms of personality, therefore his standing as a crush-worthy anime man is entirely based on how fashionable and extra he is. If you don’t agree, then you’re simply a third-rate simp with a fourth-rate taste in 2D males. 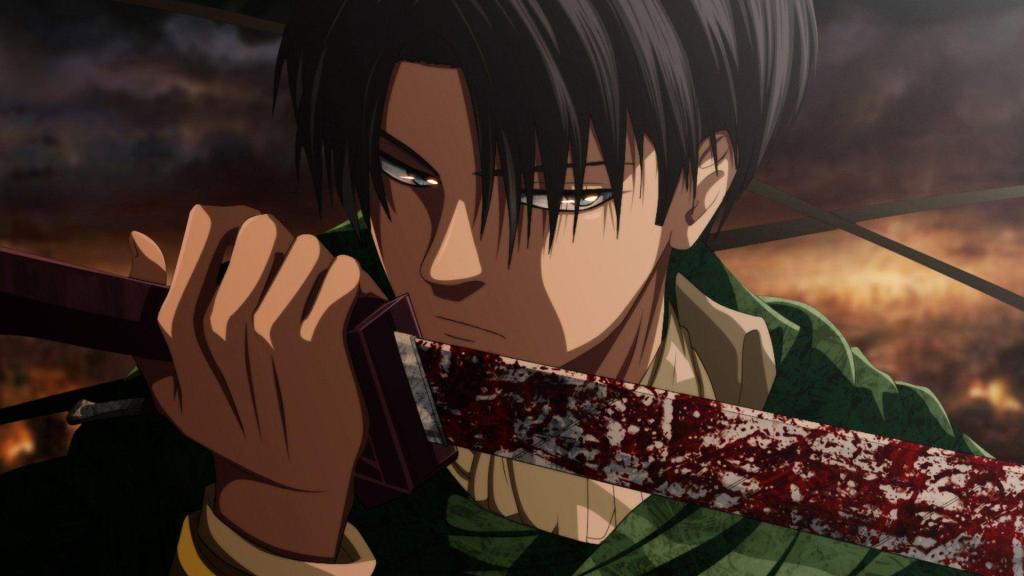 Levi Ackerman is a more recent anime fan favorite. Levi is a soldier in the Survey Corps and one of the main characters in Attack on Titan. He’s often seen in his military uniform, which is always a success with adoring admirers. He was also raised in a traditional anime badass household.

Levi is an orphan who is adopted by a man who teaches him how to fight, earning him the title of “Humanity’s Strongest Soldier.” Levi is not just a strong fighter, but he is also intelligent and has a lovely neat freak streak that has him washing out his surroundings at every chance. His demeanor strikes all the right notes for a cool male anime character, so it’s no wonder that he’s one among the show’s most popular characters among fans.

Levi is the definition of a short monarch, standing at a modest 5’2″. Short kings are guys that have a lot of confidence, flair, and skill crammed into a physique that isn’t quite 5’9. Yes, despite the overwhelming appeal of tall guys in both real life and anime, every anime fan has place in their hearts for a man with Levi’s charisma. 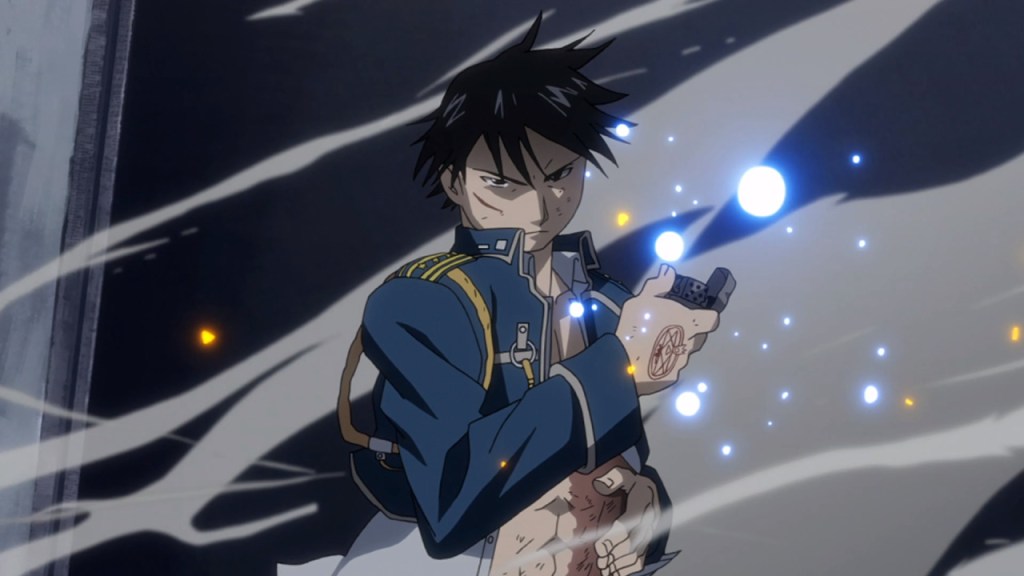 Roy Mustang, everyone’s favorite Flame Alchemist, is here. Roy, who is 5’6″, is another anime short king who has wowed admirers with his coolness and hotness. His style of cool is similar to Levi’s, since the two share the tough army man cliché. Roy, on the other hand, manages to be even more appealing, owing to his lack of baggage.

While Roy Mustang is a formidable player on the field, his demeanor is more akin to Tony Stark. He comes out as a little conceited and a blatant flirt. These characteristics are largely used for jokes since Roy Mustang is far from a lazy. As a responsible colonel, he is committed to ensuring that each operation runs successfully and that none of his subordinates are injured.

Though he doesn’t display any bias toward any of his subordinates, we get the impression that there’s something more going on between him and Riza Hawkeye. If there is, we are thrilled for her. 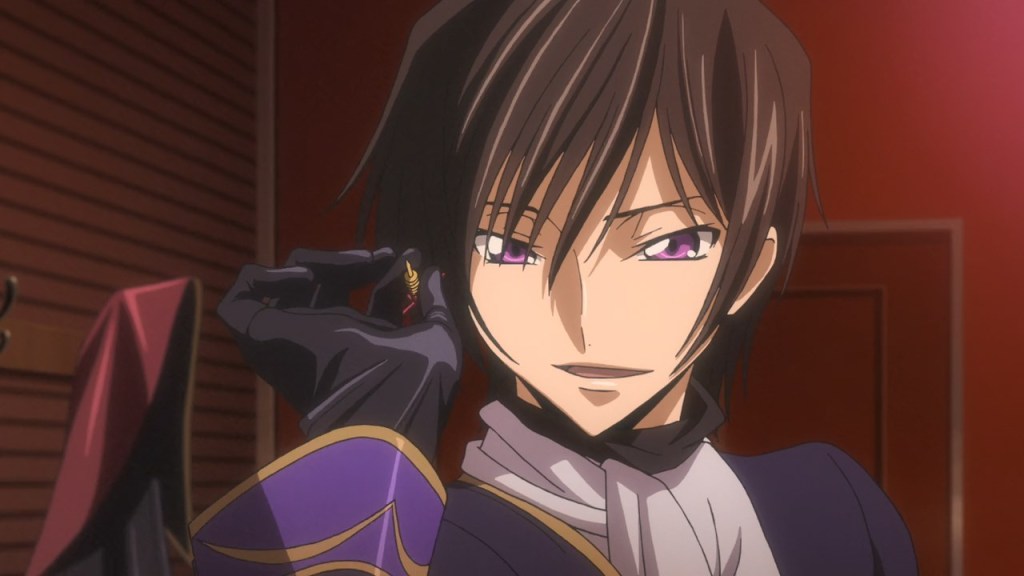 Make no attempt to refute it. You had a crush on either this man or Suzaku Kururugi, or maybe both.

Lelouch vi Britannia or Lelouch Lamperouge, depending on the outfit he’s wearing when you meet him, is one of Code Geass’ main male characters. This man had anime fangirls and fanboys psychologically hooked on him from the mid-2000s to the early 2010s, to the point that he was the most popular male character for three years in a row at Animage magazine’s annual Anime Grand Prix in 2006, 2007, and 2008.

With a height of 5’10, Lelouch just makes it out of short king area, but that doesn’t mean he isn’t every bit the bishounen. The Code Geass art style, which emphasizes tall, slim physical forms, further adds to his androgynous appearance. His black hair and vivid, purple eyes create for a wonderful color contrast, plus he’s often seen in slick uniforms doesn’t hurt either.

Lelouch has a lovely, boy-next-door attitude with a delinquent streak as a civilian. However, as Zero, he’s a brilliant strategist who has no qualms about being inhumanely utilitarian. His charisma and superb appearance aren’t by chance. CLAMP’s character designers apparently set out to create a real “beauty” of a man when they created him, a feature that is common among CLAMP’s male characters. 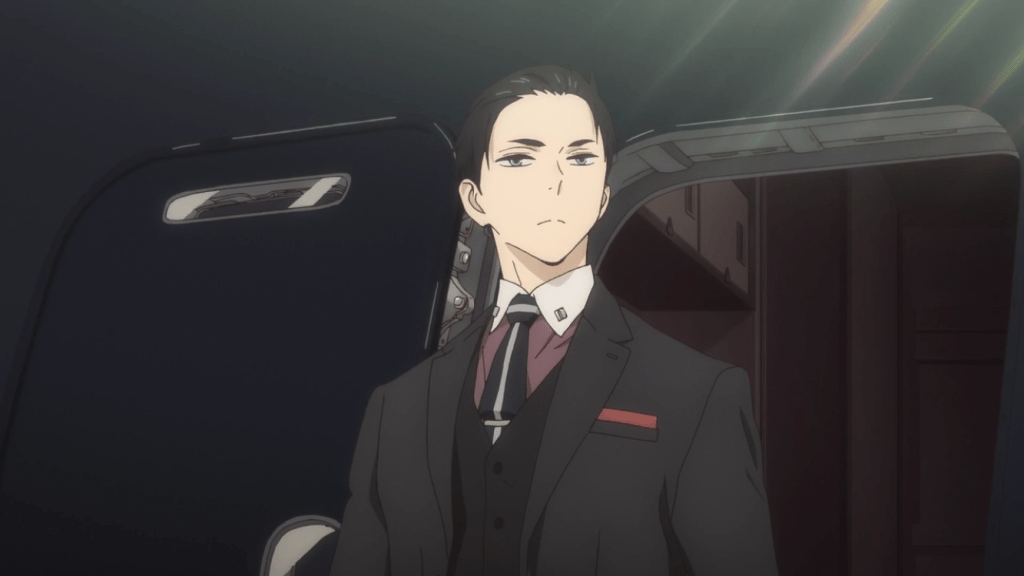 It would be a travesty not to add a male anime character who is practically Batman if he performed his crime-fighting as Bruce Wayne after the publication of Millionaire Detective Balance: Unlimited.

Because Daisuke Kambe is 5’6″, the short kings keep winning. Daisuke Kambe has access to an apparently limitless amount of riches as a scion of the Kambe family, a dynasty so wealthy that they seem to be engaged in every business. In fact, that’s half the show’s premise: a rich crime-fighter with an infinite supply of cash. But let’s be honest: Daisuke can’t possibly be a millionaire.

Daisuke always wears a clean three-piece suit, despite the nonstop commotion going on around him. Due to his calm and controlled demeanor while coping with events around him, his attitude fits into popular anime character clichés.

However, as immaculate as he and his bank account seem, Daisuke lacks the appeal of characters like Roy Mustang. Unlike Lelouch, who is always aware of how immoral his acts might be, Daisuke is mainly unaware of the harm he does to others around him. So, Batman with a more skewed moral compass? 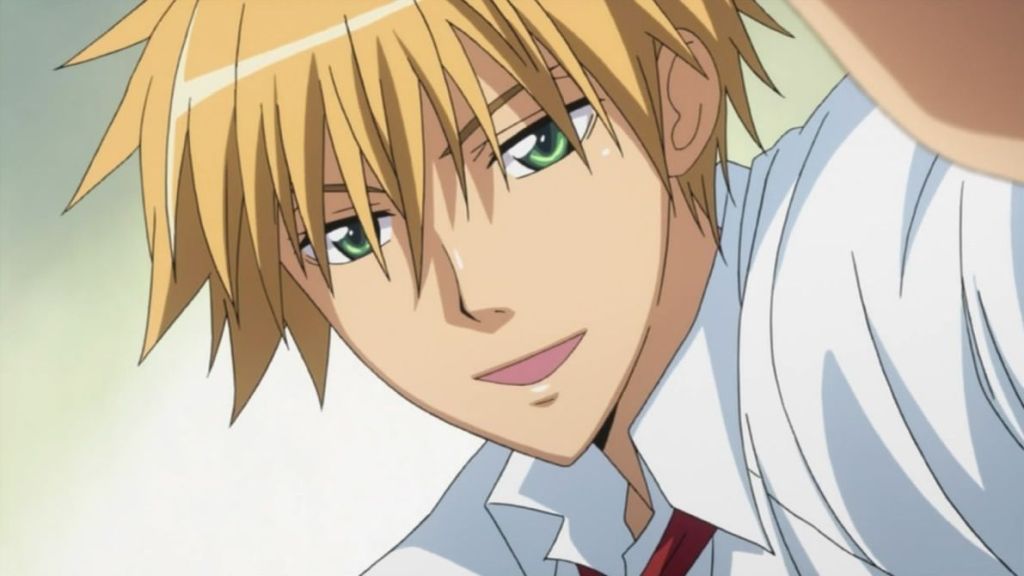 Takumi Usui is the male protagonist of Kaicou wo Maid-Sama! This tall blond is a high school student who is well-liked by the women due to his attractiveness.

In terms of distinctiveness, he doesn’t have anything going for him. Usui is the quintessential high school heartthrob, although with a tragic history as the illegitimate son of an English noblewoman and a Japanese butler. Despite not being a diligent student, Usui is gifted and intelligent. His self-absorbed and flirtatious demeanor, which belies a golden heart, elevates him to the status of typical anime hunk.

Miyuki Shirogane (from Kaguya-Sama: Love Is War) is number seven. 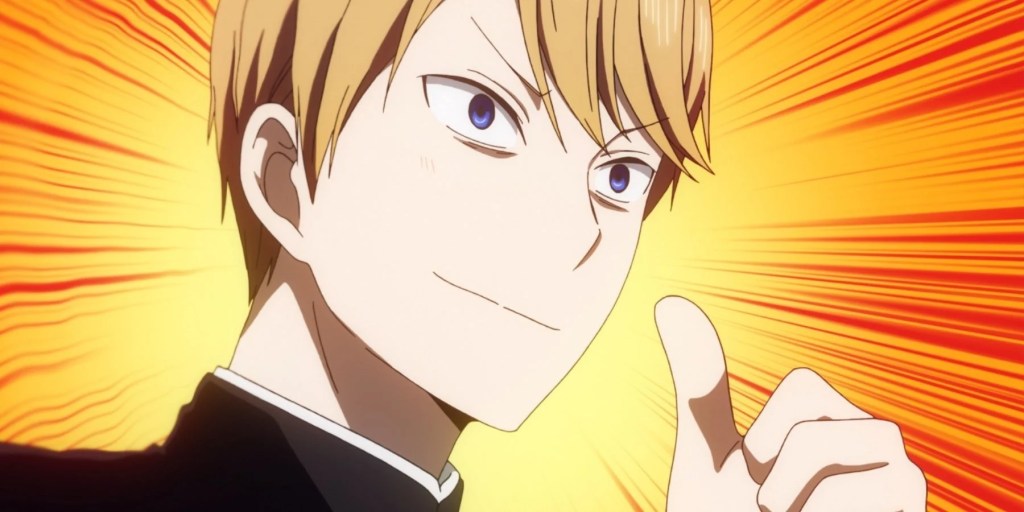 Kaguya-sama: Love Is War is a romantic comedy about Miyuki Shirogane and Kaguya Shinomiya’s “completely not romantic” relationship. He’s a one-of-a-kind character on our list since the program doesn’t represent him as a perfectly great and self-assured male heartthrob.

Shirogane’s allure stems from the fact that, although he seems flawless on the surface, we get to hear his internal monologue, in which he alternates between bolstering his self-esteem and being terrified of others, particularly Kaguya, viewing him as less than perfect.

Miyuki Shirogane is one of the few working-class kids at a school full of political and corporate scions, but he manages to get to the top of his class and retain a reputation as a respected student council president. In terms of talents, the anime doesn’t allow him be a full-fledged Gary Stu, since it presents him as inept at everything but academics. 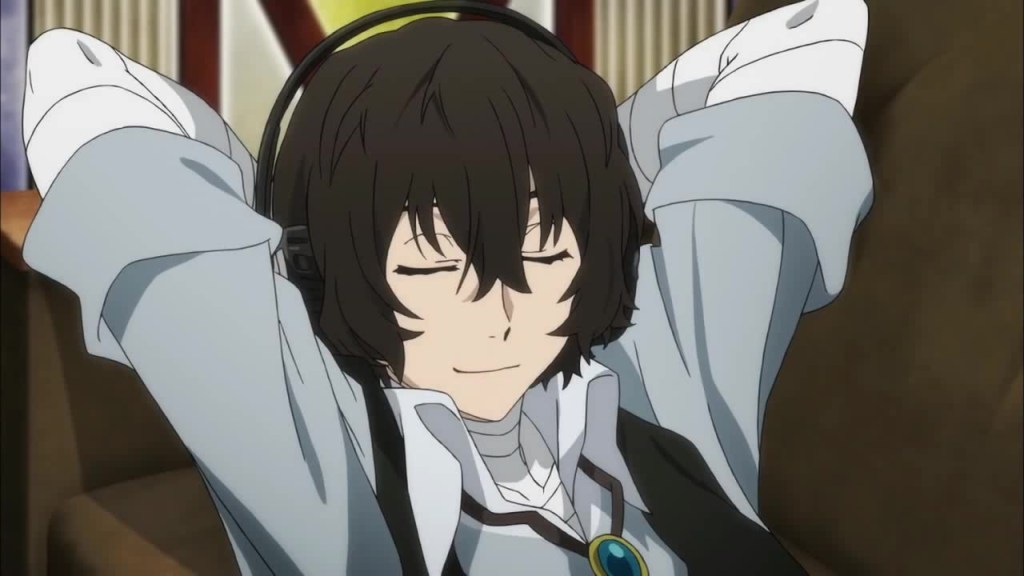 Anyway, back to the male anime characters that are problematic.

In real life, Osamy Dazai was the son of a rich landowner, a fact that the authors used to make cartoon Dazai the youngest Mafia executive ever. He’s portrayed as a mystery, laid-back man with a flirtatious streak. Don’t be deceived by Dazai’s laid-back demeanor; he shares Lelouch’s predilection for violence and brutality.

Even yet, he’s a sophisticated bishounen who wears a trenchcoat, so admirers are sure to find him appealing. Despite the fact that he freely confesses to fantasizing about committing suicide with a gorgeous female. 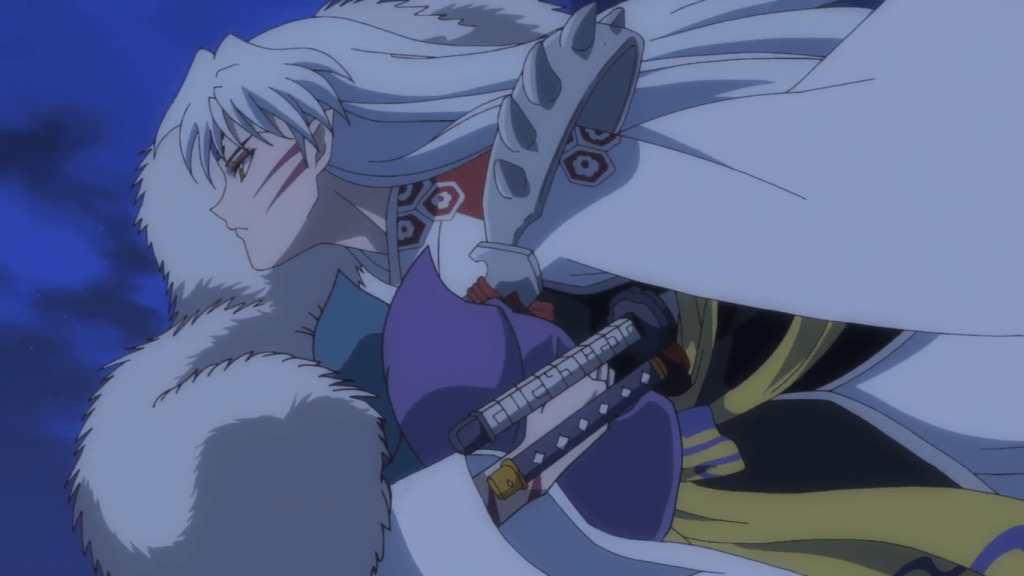 When an anime character’s name literally means “Destruction of Life,” you know he’ll be a popular with fans. Expect a flurry of thirsty tweets about how Sesshomaru can annihilate them.

Sesshomaru is one of the male anime characters in Inuyasha, an early isekai anime, if you’ve been living under a rock for the last two decades.

Sesshomaru is undoubtedly a bishounen, but his androgynous good looks belie his physical strength, particularly considering he’s a shapeshifting demon hound. His tough demeanor and barely indicated softer inclinations make him a more appealing character than Inuyasha, the main male love interest. After all, how can you blame fans when the animators go to such lengths to make this male anime character seem to be a gorgeous badass?

The “most handsome anime character 2021” is a male anime character we still have a crush on. The list of characters that made it to the top of our list are as follows: 1) Naruto Uzumaki, 2) Kirito from Sword Art Online, 3) Lelouch Lamperouge from Code Geass, 4) Light Yagami from Death Note and 5) Hachiman Hikigaya from My Teen Romantic Comedy SNAFU.

Who is the most crushed on anime boy?

Who is the hottest anime male character 2020?

A: That is a difficult question and one that cannot be answered.

Who has the most simps in anime?

A: The person who has the most simps in anime is Naruto Uzumaki with 5,999 simps.

December 9 Release and What Else To Know Before Watching?

Where To Stream Most Dangerous Game Online (2020)?